Among the inflammatory diseases of the genitourinary system, cystitis occupies a special place. The disease often affects pregnant women, whose immunity is under severe stress due to the situation. Treating cystitis during pregnancy is key to the health of the woman and the fetus.

Why Cystitis Is Dangerous During Pregnancy

Pyelonephritis is the most dangerous and common complication of advanced cystitis. This condition requires mandatory hospitalization and hospital treatment. Of particular concern to pregnant women is the question of whether cystitis can be dangerous for a child.

consequences for the child

Although the fetus is reliably protected against external amniotic bladder infections, with an advanced form of cystitis, the following consequences for the child arise:

consequences for a woman

It is important to understand that, in the absence of treatment, cystitis becomes a chronic form that is difficult to get rid of. Also among the possible consequences are:

Chronic or acute cystitis in the early stages of pregnancy, if left untreated, becomes the cause of serious pathologies in women and, in the later stages, causes premature birth.

Among the most common and noticeable symptoms of cystitis during pregnancy are the following:

Sometimes the symptoms of cystitis during pregnancy are confused with physiological changes associated with the pressure of the uterus on the bladder. It is important to monitor your feelings and visit the gynecologist in a timely manner, who will be able to make the correct diagnosis.

Cystitis therapy in pregnant women consists of a complex of drugs, each selected exclusively by the treating physician. In this case, the doctor takes into account how much the benefits of the therapy will outweigh the possible risks to the fetus. Throughout therapy, the woman should be seen by a gynecologist and tested regularly. Only in this case can the cystitis be completely cured.

It is important to understand that the sooner treatment is started, the better the end result. In pregnant women, treatment for cystitis includes the following points:

In the first week

Cystitis in the early stages, especially in the first week, is often confused with the manifestations of pregnancy and, therefore, many women ignore the manifestation of the disease until it becomes chronic or complications develop. The fact is that, with the onset of pregnancy, the enlarged uterus begins to press on the bladder, causing a feeling of overflowing and the urge to urinate. However, with inflammation, pain and burning add to this symptom.

If cystitis is seen in the first week of pregnancy, experts are trying to find "gentle" therapy. The main methods include:

If a pregnancy whose first trimester is complicated by bladder inflammation can be terminated, the woman is admitted to a hospital.

in the first trimester

As in any other case, therapy for the disease begins with a diagnosis that allows for the identification of the causative agent of the inflammation. After that, the doctor selects a treatment regimen. It is important to understand that in the early stages, great care is needed when choosing medications, as the risk of miscarriage is high. In general, the set of activities practically does not differ from those that are pointed out in the first week. First trimester cystitis should not be overlooked.

To remember:Self-medication of cystitis during pregnancy is unacceptable, especially with the use of medication. These measures pose a direct threat to the life of the fetus.

In the third trimester, as in the first few weeks, it is important to select medications carefully. Some of them may contain substances that can cause uterine contractions. The treatment regimen in the later stages is as follows:

In some cases, the woman is asked to go to the hospital to minimize the risk of complications.

To get rid of the disease, it is mandatory to apply:

Important:the selection of medications during pregnancy is carried out exclusively by a doctor on the basis of an exam. If a specialist offers a woman hospitalization, under no circumstances should you refuse this opportunity.

Drug treatment during pregnancy consists of combining several groups of drugs at the same time. This measure allows not only to destroy the pathogenic microflora, but also to minimize the risk of recurrence. Before starting therapy, be sure to visit a doctor who will tell you what you can take and why you should avoid it.

To suppress the pathogenic microflora in cystitis and a faster recovery, antibiotics are needed during pregnancy. Furthermore, they are irreplaceable if the woman has an exacerbation of cystitis. Usually, during the period of pregnancy, preference is given to medications with a minimum of side effects.

Antibiotics can be in the form of suspensions, powders and pills for cystitis during pregnancy can also be prescribed.

To remember:the dosage of the medication and the duration of the treatment are determined by the specialist. It is important to follow the doctor's recommendations and complete the prescribed course completely, even if the feeling of cystitis has passed, because if the antibiotic is taken incorrectly, the microorganisms will develop drug resistance.

Phytopreparations have the following properties:

Due to the natural composition, to achieve a full therapeutic effect, a long course of drug administration is necessary. In the acute form, herbal preparations are consumed for at least 2 to 3 weeks. Dosage is determined by a doctor who knows how to treat cystitis in a pregnant woman.

Suppositories for pregnant women may be prescribed during pregnancy, either in the early stages or in the last trimester. These medications are safer than antibiotics in tablet form as they do not affect the functioning of the gastrointestinal tract. Furthermore, they are quickly absorbed into the bloodstream and begin to act.

Basically, traditional medicine for pregnant women suggests the use of herbal medicinal decoctions as therapeutic agents. Common recipes include:

Important:the use of alternative medicine methods during pregnancy is permitted only after prior consultation with the responsible physician. 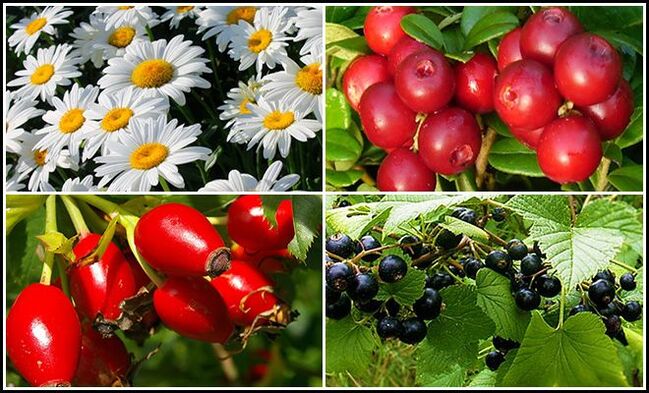 The acute form of the disease usually occurs suddenly and is characterized by severe symptoms. Factors such as:

To determine if you experience this form of the disease, the following symptoms in pregnant women allow:

The main reason for the development of chronic cystitis in pregnant women is acute cystitis, which has not been completely cured. In this case, the woman is concerned about the following signs of cystitis during pregnancy:

Chronic cystitis manifests during the off-season, when a woman's immunity is reduced. However, during pregnancy, relapses of the disease occur much more often.

The main danger of chronic cystitis is the increased risk of inflammation passing to the kidneys. In this case, pyelonephritis develops which, in the absence of help, leads to disability and even death. In addition, serious complications can occur during childbirth, including complications and infection of the baby while passing through the birth canal.

The inflammatory process that affects the genitourinary system during pregnancy poses a direct threat not only to the mother, but also to the fetus. Disease therapy during this period is carried out under the supervision of a specialist. It is important to know exactly how to properly treat cystitis during pregnancy!