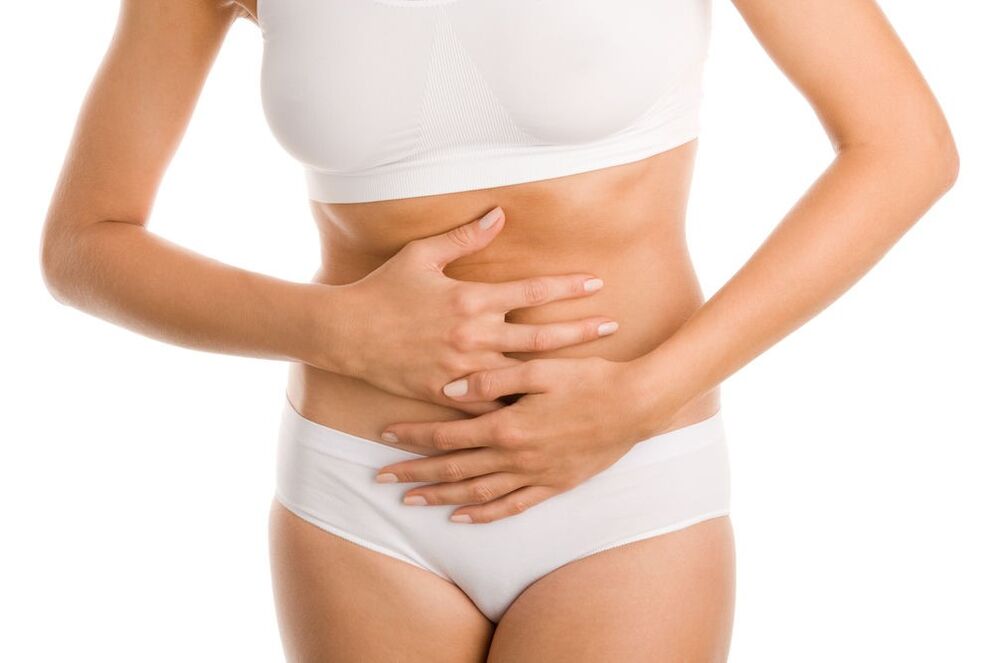 Cystitis is an inflammation of the lining of the bladder.

Cystitis is acute and recurrent, infectious rather than infectious, complicated and uncomplicated. The most common form of the disease is uncomplicated acute cystitis. Uncomplicated cystitis means cystitis of non-pregnant women, without anatomical and functional abnormalities of the urinary system, without serious concomitant illnesses.

Acute cystitis is one of the most common illnesses in women. More than 50% of women have had this diagnosis at least once in their lives.

Anatomically, the female urethra is much shorter and wider than the male urethra, 2 to 4 cm in length and close to natural sources of infection, such as the vagina and anus. In men, the length of the urethra is about 20 cm, anatomically divided into several sections. Before entering the bladder, the urethra passes through the prostate, which is a natural barrier that prevents infection from entering the bladder.

The predisposing factors for the development of cystitis are:

The causative agent of acute cystitis in 70-95% of cases is E. coli - Escherichia coli. Other pathogens such as staphylococcus aureus, klebsiella, protein are much less common.

These complaints, alone or in combination, occur in 90% of women with acute cystitis. An increase in body temperature above 37, 3 °C is not typical of cystitis and may indicate a more serious inflammatory process in the kidneys - acute pyelonephritis.

Blood in the urine - haematuria - usually causes panic in women, but most often it's a sign of common cystitis.

The combination of pain when urinating and blood in the urine speaks in favor of acute inflammation of the bladder (hemorrhagic cystitis) rather than another more serious urological condition - for example, a urinary tract tumor in the presence of dysuria is atypical.

Blood in the urine can also arise as a result of chronic cystitis, leading to an increased number of blood vessels (hypervascularization) in the submucosal layer of the bladder, its fragility and tendency to hemorrhage.

Other possible causes of hemorrhagic cystitis include radiation therapy, chemotherapy and certain medications.

Cystitis, accompanied by the appearance of a mixture of blood in the urine, can occur acutely, without the presence of signs of chronic inflammation and previous factors. The treatment algorithm is most often limited to the same measures as acute cystitis without hematuria.

The diagnosis of acute cystitis is based on the patient's complaints. To clarify the diagnosis, a general urine test is used, preferably a test strip urine test.

Indication of treatment for acute cystitis is also possible based solely on the patient's complaints (so-called empirical therapy), without obtaining the results of a urine test. Collection of urine for culture (bacteriological examination) is optional in patients with uncomplicated cystitis. Urine culture is only necessary in some cases, such as: pregnancy, suspected acute pyelonephritis, prolonged course of cystitis (more than 2 weeks), atypical course of the disease. In the presence of bacteria in the urine culture - more than 10³ - it is possible to microbiologically confirm the diagnosis of acute cystitis.

Ultrasound or other imaging techniques are not part of the diagnostic algorithm for acute cystitis. A specific bladder ultrasound image may not be seen. These ultrasound signs, such as "vesical wall thickening" and "presence of bladder suspension", do not indicate the obligatory inflammation of its mucosa. The most common goal of ultrasound is to exclude bladder tumors and ureteral stones.

Cystoscopy for acute cystitis is contraindicated.

Vaginitis. . . It is characterized by increased urination associated with vaginal irritation. It manifests as a dull and slow current. Predisposing factors can be excessive sexual activity, frequent change of sexual partners (new sexual partner). Blood in the urine, pain when urinating, and pain in the lower abdomen are usually absent. On physical examination, you may find a vaginal discharge, which study reveals an inflammatory process.

urethritis. . . This disease is also characterized by frequent and painful urination, but the severity of symptoms is generally weaker than in acute cystitis. The most common causes of urethritis are gonorrhea, trichomoniasis, chlamydia, and herpes simplex virus. The disease can also occur due to a change in the sexual partner. Urethral discharge is more common in men.

The mainstay of therapy for acute cystitis is antibiotic therapy.

It has been proven that in 90% of women, after starting antibiotic therapy, symptoms of acute cystitis disappear within 72 hours.

Phosphomycin. . . Broad-spectrum antibacterial substance. It is most often produced in granules for oral administration. In acute cystitis, its characteristic is a single dose - just drink a dose of the drug (3 g for adults). It is used for the initial manifestations of cystitis. If there are signs of bladder inflammation, another dose can be used for several days (24 hours after the first dose).

Macrocrystalline nitrofurantoin. . . A substance similar in chemical composition is the furazidine potassium salt. Antimicrobial with broad spectrum of action, it belongs to the group of nitrofurans. Improved absorption, higher concentration of active substance and fewer side effects. Dosing regimen for acute cystitis: 100 mg 3 times daily for 5 days.

systemic antibacterial drugs, are not recommended for the treatment of uncomplicated acute cystitis as first-line drugs, but can only be used aspossible alternative. . .

Cephalosporins. . . A group of broad-spectrum antibiotics, but unlike other similar agents, they contribute to creating a high concentration of the active substance not only in the urine but also in the blood. There are 4 generations of cephalosporins. They are used for a variety of conditions: from sinusitis to peritonitis. In the treatment of acute cystitis, tablet forms of the antibiotic are most often used. Dosing regimen: 400 mg (1 tab. ) X 1 time a day for 3-5 days.

Fluoroquinolones. . . A highly effective group of antibiotics, widely used in urological practice. They are used in the treatment of acute cystitis but are currently not recommended for empirical therapy due to increased patient resistance. They are prescribed according to the results of bacteriological culture of urine in the presence of sensitivity to them, they are most used in the treatment of pyelonephritis, prostatitis. Contraindicated for use in pregnant women and patients under 18 years of age. Dosing regimen: 250 mg x 2 times daily for 3-5 days.

penicillins. . . The first group of artificially synthesized antibiotics. Not recommended for empirical treatment of acute cystitis due to the increased level of E. coli resistance to it worldwide. However, a combination of antibiotics penicillin and clavulanic acid can be used in some cases, for example, in the presence of inflammation of the bladder mucosa in pregnant women. Dosing regimen: 625 mg x 3 times a day for 7 days.

The backbone of treatmentcystitis in pregnant womenantibiotic therapy is also prescribed, but not all medications are approved for use. It is permissible to prescribe an antibiotic of the penicillin series or a group of cephalosporins.

The use of other medications, herbal medicines, dietary supplements in the treatment of acute cystitis is ineffective, as there is a high probability of retention of the pathogen and recurrence of the disease.

If the patient, for any reason, is reluctant to take antibiotics, it is permissible to prescribe anti-inflammatory drugs and analgesics to reduce the severity of dysuria and lower abdominal discomfort.

Phenazopyridine hydrochloride- a substance with an analgesic effect. Refers to analgesics for pain relief in inflammatory diseases of the bladder and urinary tract. It is excreted in the urine, providing a local anesthetic effect on the mucous membrane of the urinary tract. It does not eliminate bacteria by itself or damage the mucous membranes, it is usedjust to reduce symptoms. . . Can be used with antibacterial medications to reduce discomfort. It is recommended to use a maximum of 2 days, as longer treatment with drugs that contain this substance can mask the symptoms of the disease. It is also used to eliminate discomfort, cuts during urination after bladder catheterization, during endoscopic interventions, urethral operations. Available in tablet form.

Non-steroidal anti-inflammatory drugs (NSAIDs)- have a pronounced moderate anti-inflammatory, analgesic and antipyretic effect. They are widely used in urological practice, often in the form of rectal suppositories. In special cases, in the absence of the possibility of taking an antibiotic and in the presence of recurrent cystitis, they can serve as the main medication for a short period of time.

After an episode of acute cystitis. Preventive measures

After proper treatment of acute cystitis, there is no need for additional tests. Adequate fluid intake, avoidance of hypothermia, personal hygiene, sexual hygiene, timely treatment of gynecological diseases and sexually transmitted infections is recommended. Prophylactic use of any medication after a single episode of acute cystitis is not indicated.

If symptoms of cystitis occur within two weeks of treatment, in the absence of a therapeutic effect, a urine culture should be performed to determine antibiotic sensitivity of the isolated pathogens (donate urine for culture). According to the results of the bacteriological culture, it is recommended to prescribe an antibacterial agent according to the pathogen's sensitivity to it.

How is acute cystitis treated in the clinic?

The clinic's urologists prescribe the necessary tests and only effective treatment. The diagnosis of acute cystitis is established based on the patient's complaints and the anamnesis collected, and antibiotic therapy with first-line drugs is prescribed. Additional studies are performed only in the presence of indications - the absence of therapy effect.

It is important to know:in case of ineffectiveness of therapy or frequent relapses, cystitis is classified as recurrent, which, with some degree of simplification, can be called "chronic".