Choice of antibiotics for cystitis

Antibiotics for cystitis are prescribed after testing and identifying the causative agent of the disease. At the same time, a bacteria sensitivity test to various drugs is carried out. Based on the information received, the doctor designs a treatment regimen, necessary to effectively fight the infection and prevent serious complications. 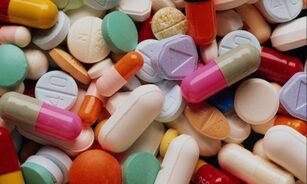 Pathogenic microflora is capable of developing resistance to various drugs, so modern antibiotics have a wide spectrum of action, allowing to destroy almost all pathogens. The most popular drug is Fosfomycin.

The antibacterial agent comes in powder form. This guarantees its high bioavailability. The active substance destroys bacterial cells, interrupting the main symptoms of the infection. A broad spectrum of action and a minimal number of side effects allow the use of Phosphomycin in various forms of cystitis.

In the case of an acute inflammatory process in the bladder, it is necessary to stop the growth of pathogenic microflora quickly and prevent the transition of the disease to the chronic stage. For that, modern antibiotics with proven effectiveness are used.

Monural is often prescribed for acute cystitis. Its main component is able to accumulate in the tissues of the organs of the urinary system and maintain a therapeutic effect for a long period. For uncomplicated infections, a single application is sufficient.

In chronic cystitis, an antibacterial agent should be selected more carefully, based on test data. Depending on the sensitivity of the bacteria to various substances, the doctor determines the name, the form of release and the dose of the drug.

When inflammation of the bladder lining is accompanied by bleeding, the patient is most often hospitalized and injected with antibiotics. Hemorrhagic cystitis is a major health hazard. Therefore, the course of treatment takes place in a hospital under the supervision of doctors.

In complex cystitis therapy, fluoroquinolone drugs are often used. They are synthetic antibiotics with a wide spectrum of action that can interrupt the DNA synthesis of pathogenic bacteria.

Most fluoroquinolones are effective against gram-negative pathogenic microflora. At the same time, gram-positive microorganisms, such as streptococci, enterococci and pneumococci, as well as anaerobic bacteria, are resistant to these substances.

For the treatment of cystitis and other urinary tract infections, Norfloxacin and Ofloxacin are prescribed. The tablets have several contraindications. They should not be used by children under 18, pregnant and lactating women, patients with renal, hepatic and cardiovascular failure.

The cephalosporin group of antibacterial agents includes 5 generations of drugs that can destroy the cell walls of bacteria. Medicines are available in various forms: tablets, solutions and powders for injections, in the form of a suspension. The peculiarity of the drugs is that they are distinguished by relatively low toxicity. In some cases, antibiotics in this group are prescribed even for young children.

The side effects of cephalosporins are more common in the form of nausea and vomiting or allergic skin reactions. With cystitis, the doctor may prescribe Cephalexin monohydrate, Cefixime, Cefaclor, Ceftriaxone.

The list of drugs belonging to the penicillin group is quite extensive, as this type of antibiotic was created before the others. The drugs affect the enzymes necessary for the synthesis of the infectious agent's cell wall. However, a large number of pathogenic microflora species have developed resistance to penicillins. Therefore, for the treatment of inflammatory processes in the urinary system, these drugs are used less and less. With cystitis, ampicillin or amoxicillin may be prescribed.

8-hydroxyquinoline are characterized by intense antimicrobial activity. These compounds interfere with the synthesis of DNA gyrase of gram-positive and gram-negative bacteria, preventing their subsequent reproduction. From the group of oxyquinolines, Nitroxoline is used in the complex therapy of cystitis.

This remedy is prescribed when treatment with other medicines has failed. The antibiotic has many contraindications and can cause the development of serious side effects, so it is strictly prohibited to use it without medical advice.

The drugs in this series have established themselves as effective uroantiseptics, so they are often prescribed for the treatment of cystitis and other infectious diseases of the urinary tract. However, not all pathogens in the pathology are sensitive to these antibiotics, so you should have a test done before starting to ingest. 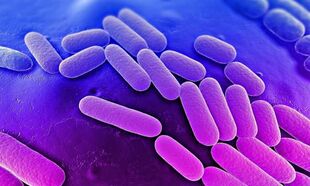 These drugs contain active ingredients that are quickly absorbed into the blood stream from the gastrointestinal tract, penetrate the lesion and accumulate in the urine and kidneys. The drugs stop the growth of bacteria and kill them. The difficulty with using nitrofurans is that these drugs cause unwanted reactions in the body.

The drugs in the macrolides group are of natural origin, although they have a minimal toxic effect on the human body, which is why they are considered the safest antibacterial agents for cystitis.

In the case of inflammation of the bladder mucous membrane, tablets such as Roxithromycin and Azithromycin are effective. Its active ingredients destabilize the synthesis of specific enzymes in the ribosomes of bacteria. As a result, pathogenic microorganisms, including intracellular ones, die. Macrolides also stimulate the body's immune response.

However, the spectrum of action of antibiotics is quite narrow, compared to other drugs in this pharmaceutical direction. Therefore, tetracyclines are prescribed only after receiving test results. Doxycycline is most often used for cystitis

The main active ingredient in medicines in the chloramphenicol group is a component with properties identical to those of the natural antibiotic chloramphenicol. Levomycetin and its analogs are effective against many types of pathogenic microflora. The antibiotic acts bacteriostatically.

However, several urinary tract infections have developed resistance to chloramphenicol. In addition, the drug has many contraindications. Therefore, for the treatment of cystitis, Levomycin is prescribed only if therapy with other drugs does not produce a positive result.

For the treatment of inflammatory processes in the organs of the urinary system, herbal medicines are used.

A natural remedy based on cranberries is highly effective in treating urinary tract infections. The berry has a bactericidal and diuretic effect, helps to strengthen the immune system.

Antibiotics are potent drugs and have several contraindications. Using drugs without consulting a doctor can lead to serious health consequences. During the treatment of an infectious lesion of the bladder, one must strictly follow the recommendations of the urologist, observe the dosage and duration of the prescribed medications.

During pregnancy, most antibiotics are contraindicated, as the active ingredients penetrate the placental barrier and can cause fetal malformations. During pregnancy, phytopreparations are prescribed more often. The doctor individually selects the antibacterial agents for the mother-to-be, in the event that the benefit to the woman outweighs the potential risk to the child. 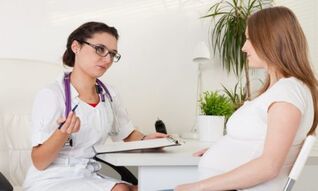 During breastfeeding, potent medications are also prohibited. Antibiotics in the treatment of cystitis in women can harm the baby if the active ingredients are excreted in the milk. It is recommended to transfer the child to artificial nutrition throughout the therapy period.

Children should not receive antibacterial agents without consulting a doctor. Several drugs are contraindicated at an early age. In addition, the dose of the drug in most cases is calculated based on the child's weight.

The doctor always chooses an antibiotic, taking into account not only the course of the disease, but also the patient's general health.

For men with acute liver, cardiovascular and renal failure, atherosclerosis of the cerebral vessels and other serious pathologies, several drugs are contraindicated. Some antibiotics negatively affect potency and reproductive function. This must be taken into account when taking medications.

With inflammation of the bladder, there is a risk of complications affecting all organs of the small pelvis. The infection can invade the kidneys, causing severe pyelonephritis. Bacterial lesions of the urinary tract are dangerous for women with various inflammatory diseases of Organs reproductive organs.

If the patient does not follow the doctor's recommendations regarding the dosage of drugs and the duration of treatment, the pathogenic flora that caused the infection can develop resistance to the drugs and become chronic. It is extremely difficult to cure cystitis completely in this case. Chronic infection contributes to general body intoxication and decreased immunity. 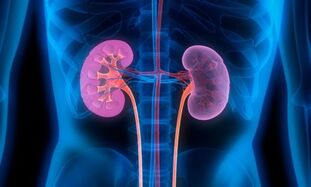 The best way to cure cystitis at home is to drink phosphomycin. You just need a packet of powder. No symptoms the next day. There are no side effects either. If I hadn't tried it, I wouldn't have believed that in just one day you can get rid of the pain, itching and constant trips to the bathroom. The tool is expensive, but effective.

Cheap drugs can also fight infections well. This has been proven once again by Fosfomycin and Ofloxacin. She took an antibiotic and then a phyto-preparation to enhance the action according to the schedule recommended by the doctor. The symptoms of inflammation disappeared quickly, stopped running to the bathroom every half hour and returned to normal life. I just had to take a course on probiotics to avoid dysbiosis. I didn't notice any other side effects.